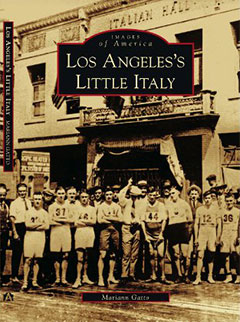 Gatto’s 2009 work, Los Angeles’s Little Italy, presents a history of the city’s vibrant Italian enclave during the 100-year period following the arrival of the city’s first Italian pioneer in 1827. While Los Angeles possesses the nation’s fifth-largest Italian population today, few historians have examined this chapter of the Italian diaspora.

Richly illustrated with over 200 photographs, many of which have never before been published, Gatto captures the essence of the city’s historic Little Italies, where families traded recipes over garden fences and neighbors called to one another in their native tongues.

Gatto’s expanded history of Italian Americans in Southern California will be released in the coming months.